Law Number 32 Year 2004 About local governance, that further arrangements regarding the village, including the problem of the formation of the rules of the village (the village Regulations) arranged in the form of Regulatory regions of the County. The type of Research used in this study using normative legal research using "approach to legislation, (he was Johan Nasution, 2008:92). Research results show that in drawing up the rules of the village there are limitations that should be used as a general reference in the preparation of paraturan legislation i.e. the clarity of purpose; that each establishment of the legislation must have a clear purpose to be achieved; institutional or organ-forming the right; that any kind of legislation must be made by the institutions/officials forming legislation authorized. Such legislation may be cancelled or annulled by law, when made by institutions/officials who not authorized conformity between the type and material of the charge;  can be implemented;  navigability and kehasilgunaan;  clarity of formulation; that any legislation must meet the openness as well as the establishment of the village Regulations contained in Act No. 10 of the year 2004 on the establishment of Regulations and Law Number 32 Year 2004 About Local governance as well as government regulation Number 72-year 2005 Of the village has not been regulated explicitly and intact. 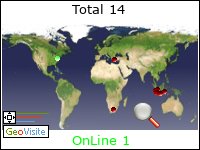